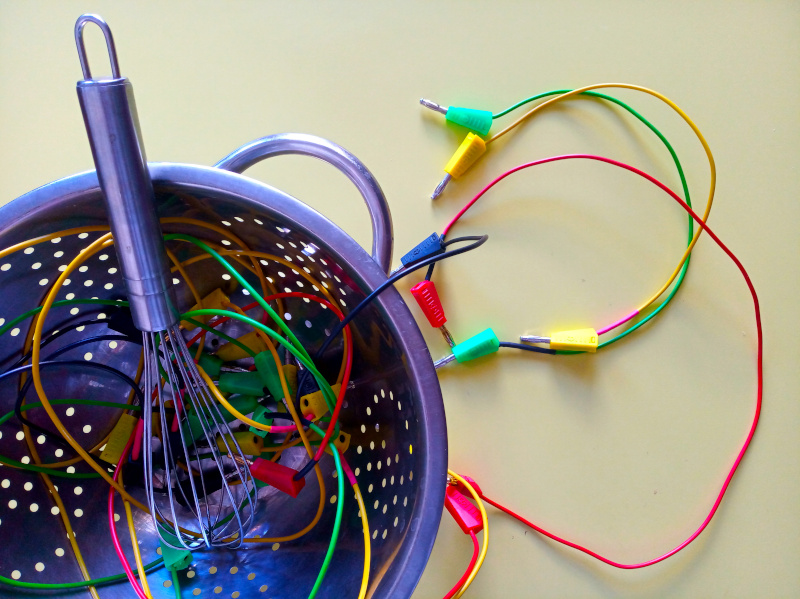 We’re now using TRAPEZOID as an LFO (the slide switch is at the bottom position, 40Hz) which acts as an envelope for the pitch shifting and the falling slope of the oscillator which is mixed along with its pitch shifted version. Use the PITCH SHIFT knob to fine tune the maximum amount of pitch shifting. Play around with the SLOPE UP knob of TRAPEZOID to change the sharpness of the envelope. The closest you bring it to its right limit, the sharper the attack of the envelope.